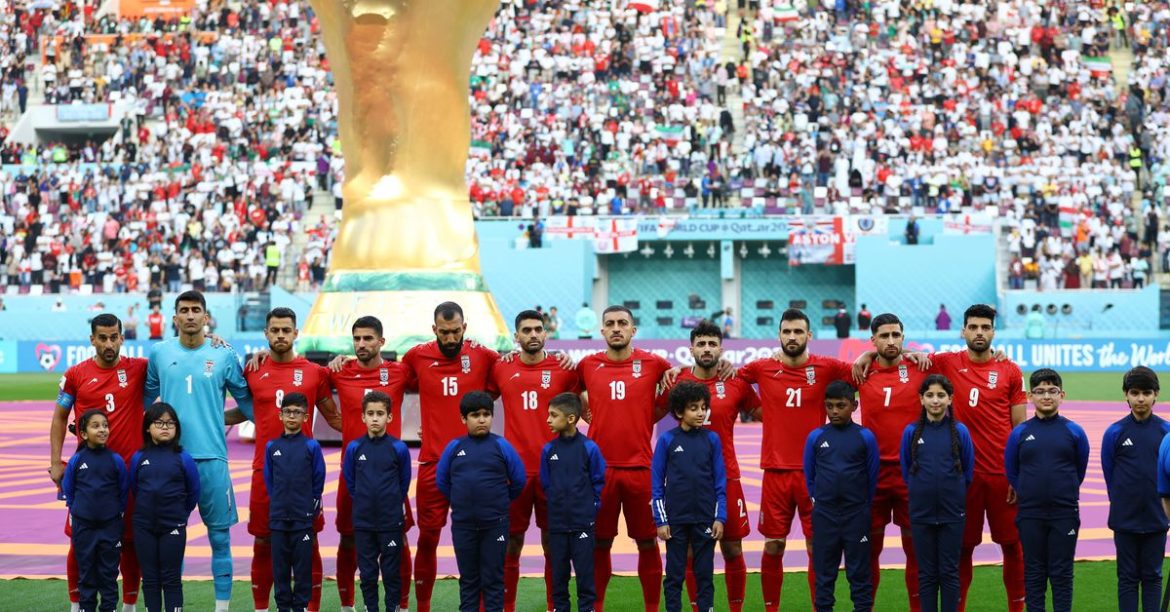 DOHA/DUBAI (Reuters) – Iran’s World Cup team refrained from singing their national anthem before their opening World Cup match on Monday in a show of support for mass protests in their country after many fans accused the team of resisting violent state repression. Problems.

Iran has been plagued by protests calling for the overthrow of the ruling Shi’ite Muslim regime since the killing of a young woman, Mohsa Amini, two months ago after she was arrested for violating strict Islamic dress codes.

The players stood silent and solemn as the national anthem was played before the match with England at Khalifa International Stadium in Qatar, while thousands of Iranian fans cheered from the stands as the music blared. Some were mocking, others booed.

Team Melli, as Iran’s soccer team is known, has long been a source of national pride in Iran, but they found themselves caught up in politics in the run-up to the World Cup, with speculation about the opportunity to use big football. As a platform to stand behind the protesters.

Iran lost 6-2 to England in their Group B opener on Monday, but the strikes were not enough to silence the Iranian crowd, who sounded drums and trumpets throughout the match.

Before the match, no Iranian player had expressed support for the protests by his countrymen from all walks of life, one of the most sustained challenges to the clerical elite since the 1979 Islamic Revolution.

“We all feel sad that our people are being killed in Iran, but we are all very proud of our team because they didn’t sing the national anthem – because it’s not our national anthem, it’s only for the regime,” one said. . An Iranian fan attends the World Cup and asked not to be named.

In the past, Iran’s football team has been a source of national pride across the country. Now, with the mass protests, many prefer it to withdraw from the World Cup being held in the Gulf of their motherland.

Before heading to Doha, the team met Iran’s hardline President Ebrahim Raisi. Pictures of the players with Raisi, one bowing to him, went viral as unrest broke out in the streets, sparking outrage on social media.

“I have mixed feelings. I love soccer, but with all these children, women and men killed in Iran, I think he shouldn’t be playing the national team,” Elmira, a 24-year-old university student, said by phone from Tehran before the game.

The hardline Hana news agency said 410 protesters were killed in the unrest on Saturday, including 58 minors.

The human rights agency said 54 members of the security forces were also killed and at least 17,251 people were arrested. The authorities did not provide an estimate of the greater number of deaths.

Setareh, 17, a high school student, said by phone from Urmia, in the northwestern city of Urmia.

Some Iranian fans who traveled to Qatar for the World Cup made no secret of their solidarity with the unrest.

They carried banners reading “Women, Life, Freedom” in support of the protests. “Freedom for Iran. Stop killing children in the streets!” shouted an Iranian woman.

In Dubai, an Iranian fan who was watching the match on a giant outdoor screen said: “We lost a lot, but I still congratulate the team.”

And in the Iranian capital, Tehran, angry protesters burned some of the national team’s banners.

Iranians have widely shared images of children killed during the protests on Twitter, with messages such as: “They loved football too, but they were killed by the Islamic Republic.”

Pejman Zarji, a 38-year-old sports coach who was in Qatar for the World Cup, said the Iranian national team belongs to the people, not the government.

There is always – no matter the part – a part of politics. There is something really important to understand (now) – ‘Team Milli’ is what we call Iran’s team, it’s the people’s team before it became a government team,” he said.

Sara Massoudi, 32, another Iranian fan in Qatar who works for a media management company, downplayed the protests at home. She told Reuters she was “very young” but the media made her look adorable.

Why use a fitness tracker to track your risks?