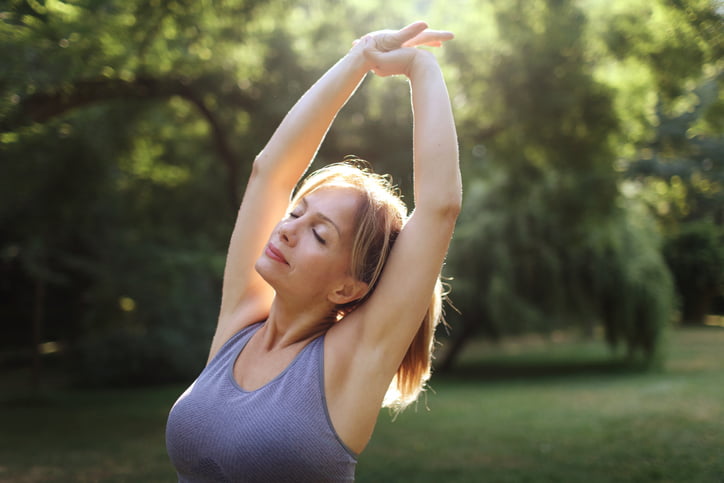 In a new study, researchers found that even a moderate level of physical activity can reduce the risk of death in women with breast cancer. This study once again demonstrates the link between exercise and a reduced risk of breast cancer.

Although the study’s findings provide compelling evidence of a relationship between physical activity and survival rates in women with breast cancer, the researchers acknowledge that the study encountered two major obstacles. The first is the lack of information about the participants’ diets. The second is that the researchers had to rely on participants’ responses to questionnaires about their level of physical activity, without the aid of technological devices that could provide quantitative data.

Previous studies have shown that a certain level of physical activity can not only reduce mortality rates in breast cancer patients, but also reduce the risk of developing breast cancer. A 2013 American Cancer Society study found that walking at least an hour a day may be enough to reduce the risk of breast cancer, with women who walked seven hours a week having a 14% lower risk of developing breast cancer. However, in younger women, the association may be less clear. A 1998 study published in the Journal of the National Cancer Institute found that women who engaged in vigorous physical activity at least twice a week in high school and between the ages of 18 and 22 had only a 1.1% lower risk of developing cancer.

In the United States, about 264,000 women and 2,400 men are diagnosed with breast cancer each year, according to data from the Centers for Disease Control and Prevention (CDC). Breast cancer kills approximately 42,000 women and 500 men each year nationwide.

How to get the PS5 this Black Friday season