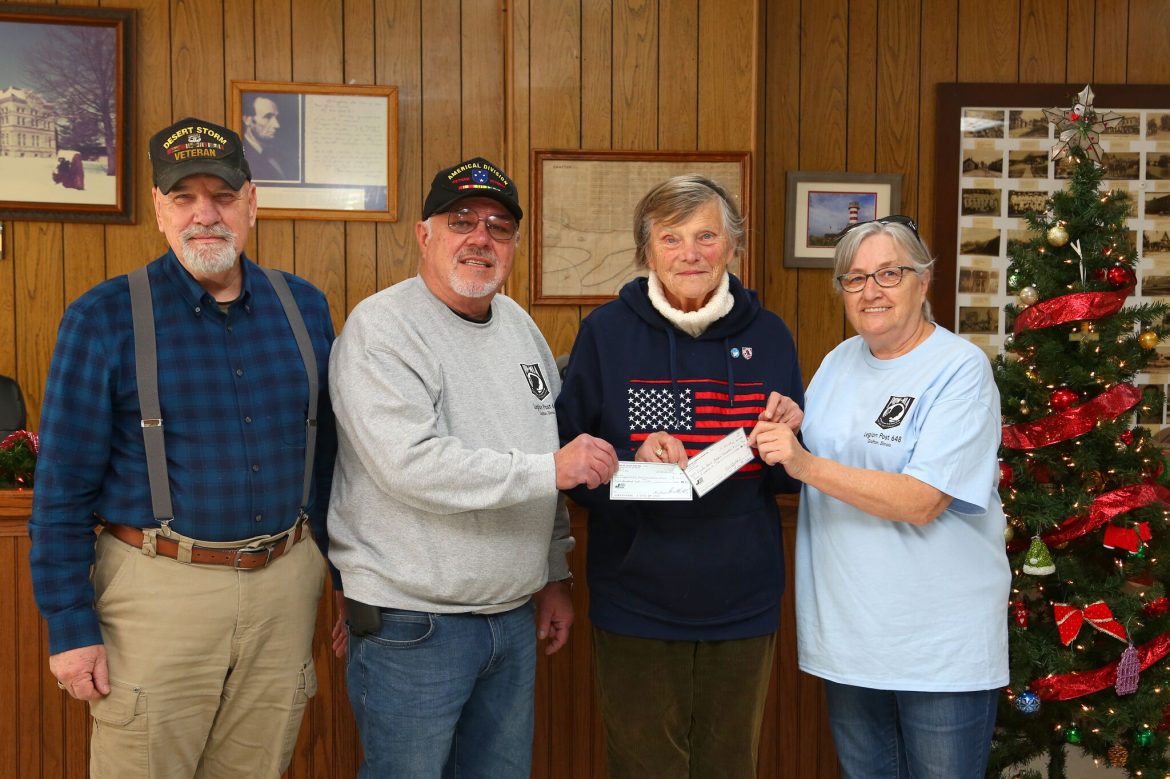 Grafton Mayor Mike Morrow said the money was made in recognition of Robertson’s work for American soldiers buried in France at the Normandy American Cemetery on the cliffs overlooking Omaha Beach.

“I am deeply moved by this donation,” Robertson said during a small ceremony at Grafton Town Hall.

He said that 75% of Trevers was destroyed in the Second World War.

Morrow proposed a veterans memorial project in the city of Grafton. Morrow said he and the Grafton Veterans Group and Robertson hope the cities can become sisters to support the Grafton program.

He spoke to a group of Grafton Veterans and Legion members at Legion Hall several weeks ago. She told them she was only nine years old when the Germans invaded. He told stories of what it was like to live in occupied France during the war. He also told them of the happy feeling it had for the Americans who left Omaha Beach to be free.

He spoke to the public about his commitments to the American Cemetery and the Bedford Society.

“We celebrate D-Day every year in Normandy and are now preparing for our 80th anniversary in 2024,” said Robertson. “Never forget.”

On 7 December he will return to France and his duties after a two-month stay at Grafton.

“I will miss this beautiful city, the friendly people and the mighty Mississippi River,” he said.

Canada, Denmark and Iceland are among the safest destinations in the world