Home News Which train and TGV lines are affected by today’s strike in France?
News

Which train and TGV lines are affected by today’s strike in France? 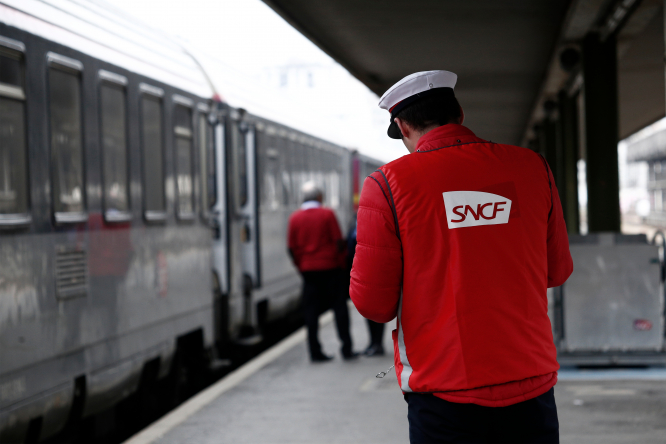 Disruptions are expected on the Paris-Lyon TGV line mainly due to local work by the signaling teams, but some regional services will also be affected.

Less than one in three regular trains will run between Paris and Lyon today, with only one every six hours between 06:00 and 12:00.

In Ile-de-France, lines C, D, E and N will be affected, as well as RER services, and some TGV and Intercités lines will also stop.

Three unions called a strike: CGT, Sud-Rail and CFDT. The disturbance is expected to continue until tomorrow morning (8 December) as the strike notice will not end until 08:00.

With Christmas approaching, ticket inspectors will do the same over the next two weekends as wishers go on strike for December 15-19.

Today’s strike follows three days of mobilization around wage issues on July 6, September 29 and October 18. Low-paid workers got a 3.7% pay rise in July, as well as 2.2% for senior managers, but inflation has been rising since then, so the CGT is calling for a salary increase.

Sud-Rail said the SNCF expects “record results” in 2022 and is asking for an additional €400 per month per employee. In the first half, SNCF made a net profit of €928 million.

“Be careful, because if wages increase too much, ticket prices will also rise,” warned Jean-Pierre Farandou, CEO of the SNCF. He called on unions to “achieve a balance between ticket prices on the one hand and wage increases on the other.”

In addition to the wage increase, the signaling staff called for a recruitment campaign. In May, it was agreed to hire 200 new employees, but the national railway company “did not keep its promises,” said Eric Meyer of Sud-Rail.

What routes will be affected by the short ban on domestic flights in France?

Rodolphe de Leos, Managing Director of Maison La Cornue: The development of the French art of living around the world