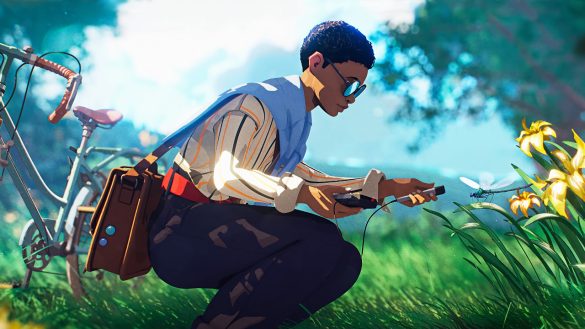 In 2020 we got our first glimpse of… season, a visually stunning adventure in which players relate various details of their semi-terrestrial fantasy world (think Studio Ghibli instead of Tolkien) before it was completely destroyed in a mysterious apocalypse. And the game has had a few bumps in the road since then, including accusations of Toxics Management at Montreal developer Scavengers Studio, but development continued, and now the rebranded season: A Letter to the Future has an early release date in 2023. Check out the final trailer for the season below.

Development issues aside, there’s no denying that it looks pretty good. Intrigued but not sure if the season suits you? Well, the demo Available now on Steam and Play Store. The season can be pre-ordered now, and if you’re a PS Plus member, you’ll get 10% off the game’s $25 price. This is the official game description…

In Season: A Message to the Future, you play as a young woman from a remote village who explores the world by bicycle for the first time, gathering memories before disaster takes everything. Season is a quest to discover a new world; a stranger Document, photograph and record life as you find it, while you still can.

The gameplay of Season: A Letter to the Future focuses on exploring, recording, and encountering the strange world around you. At any time, you can get off your bike and grab a journaling tool from your bag. Everyone picks up a different object; The sounds and the music, the art and the architecture, the voices of the elderly, the disappearance of religious practices, the relics of past seasons. Your tools help you take a closer look at the world so you can understand the culture, history, and environment behind it all.

World Cup 2022 in Qatar: Messi, Neymar, Mbappe, Kane … The last race starts with the little Moroccan’s thumb in an ambush

parties | Ranking of the most festive cities at Christmas