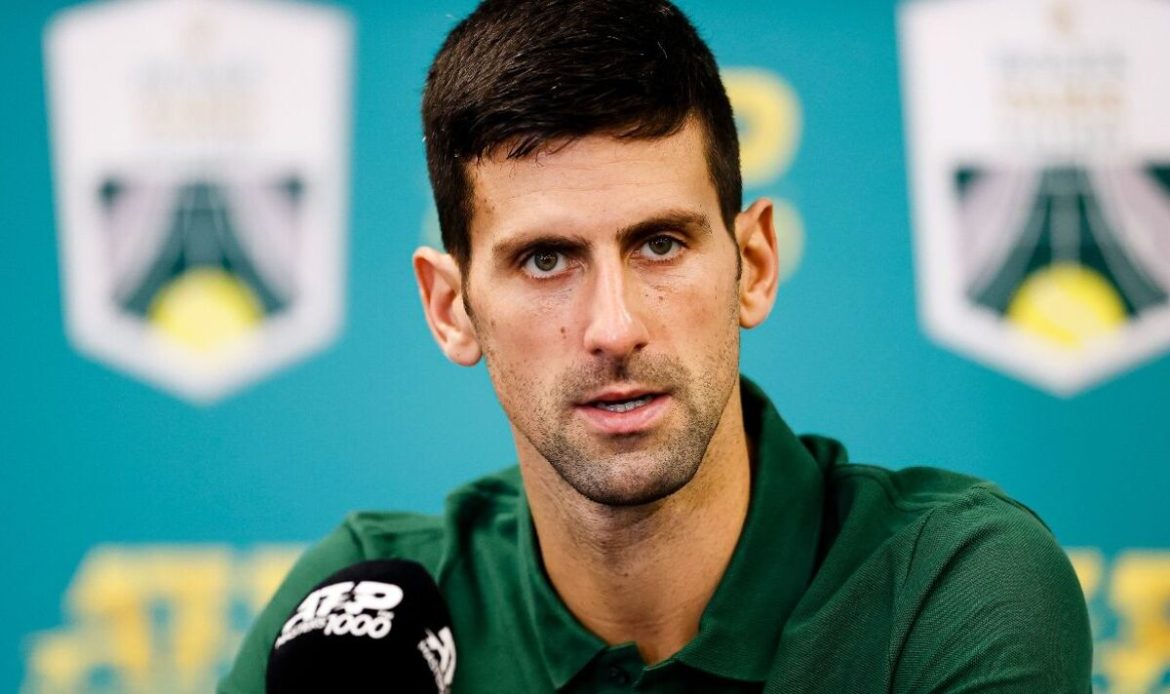 Novak Djokovic returns to Australia in January looking for a record-breaking Grand Slam par 22 – and insists he will keep playing as long as he can compete for the major titles. The 35-year-old has endured a difficult season after being detained and deported by authorities Down Under in January due to his Covid vaccination status.

However, Djokovic will return to Melbourne after obtaining a government visa as he seeks his 10th title. The Serbian superstar remains hungry for success and has no intention of giving up the sport as long as he remains challenging at the top.

He said: “Throughout my career, I have been very fortunate to achieve a lot and win the biggest titles in this sport. I always allow myself to dream big. I want to win any tournament I participate in. The biggest goals are the Grand Slams and The Masters tournaments and I love playing for my country because it awakens in me Inside me are the most beautiful feelings that I keep moving forward.

“My biggest goal for next year and all the years to come, I don’t know how long I’m going to play, is to try to stay healthy and perform at the highest level. I don’t see myself playing professional tennis right now. top positions in the field.

“I don’t see myself as a 25-year-old playing at a medium to high level. I always want to play at the highest level, and that’s something I demand of myself and my team.

“I work as hard as everyone else on the Tour, maybe harder than anyone else, because I know 35 is not 25 or 15. Strong. But I’m still here and I feel as young as they are.”

Djokovic finished the season on a high after winning the ATP Finals by defeating Casper Roode. He hopes the win will serve as a springboard for the 2023 campaign.
Speaking at the Asics Tennis Summit, Djokovic said: “It’s been a tough season for me on so many levels. The way I started was something I’d never experienced before, so it took me several months to find the balance mentally on the court, physically and emotionally and to be really capable.” On starting to play the tennis I want to play.

“I didn’t have a full season, so I was going back and forth – to warm up, prepare and cool down, so I was really happy to be playing the last months of the year and in a high quality style of tennis, especially the indoor season.

“The performance could not have come at a better time for me as I was looking to reach the next level, finish the season in style and then build on that momentum next season.

“I’m not really tired this year like in previous seasons because maybe I didn’t play as much, so I’m really excited to start the new season with a good positive result.”

Djokovic was in Marbella, Spain to unveil the new Asics Court FF3. He added, “I am proud to have shared my journey with ASICS to launch their new collection, especially the new COURT FF™ 3 tennis shoe.

“I worked closely with the team in Europe and Japan to improve the previous version, which was already a great shoe. At this point in my career, it is essential that the shoes I choose to wear give me confidence on the pitch and suit my style of play.

“And that is exactly what I get from ASICS. They understand me and are committed to improving every detail, which I appreciate and respect. There is nothing better than playing with ASICS.”

MINT announces key appointments for its accelerator in France