Home Lifestyle According to NASA, the Sun is getting hotter and the Earth is spinning faster
Lifestyle 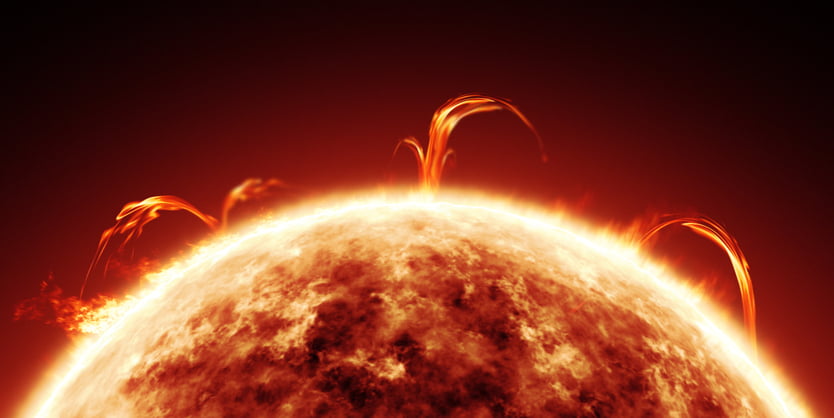 The sun may be in its strongest cycle since records began. Not only was the Earth suddenly spinning faster, but our sun also became more energetic than NASA had predicted.

The sun appears to have a cycle of about 11 years during which it waxes and wanes. Its activity is measured by the number of sunspots on its surface, calculated daily since 1755.

We are now in Solar Cycle 25, which began in December 2019, when, in retrospect, solar scientists were able to work out the timing of the solar minimum. Not surprisingly, the solar maximum will occur in the middle of Solar Cycle 25, so between November 2024 and March 2026 – and most likely July 2025.

“The sun’s activity is accelerating rapidly, and although we haven’t reached the peak of this cycle, the sun’s activity is already exceeding expectations,” Nicola Fox, director of NASA’s Heliophysical Science Division, said in a blog post last week. Solar events will continue to increase as we approach solar maximum in 2025, and our lives and technologies on Earth will be affected, as will satellites and astronauts in space. »

This space weather, when directed toward Earth, can lead to radio signal outages, surges in power grids, damage to Global Positioning System (GPS) satellites, and hazards to spacecraft and astronauts on the International Space Station.

However, it is unclear exactly how many sunspots will be present during the solar maximum and, therefore, how active our Sun will be during the peak of the current cycle.

Solar Cycle 24 has been very quiet. Solar maximum occurred in April 2014, with a peak of 114 sunspots. The average is 179. An international panel of experts co-sponsored by NASA and NOAA predicted that Solar Cycle 25 will also be below average in terms of solar activity.

But the opposite happened in the end. The more charged the solar wind is toward Earth, the brighter and more frequent the aurora borealis. Thus, an intense season of aurora borealis occurred this past winter and spring, which was the most obvious visible effect of the more intense space weather and increased geomagnetic activity.

What is S theory?sun hour »?

So it appears that a competing prediction from another group of scientists at the National Center for Atmospheric Research (NCAR) has come true. Unlike the other prediction group, these researchers predicted the peak sunspot number to be somewhere between 210 and 260.

If this happens, then the researchers’ explanation – the theory ” sundial That the Sun has 22-year magnetic cycles that overlap and interact to produce an 11-year solar cycle – might gain credibility. It offers a new way to decipher the beginning and end of solar cycles and suggests that shorter cycles are followed by more active cycles.

However, he argues that the number of sunspots three years before the solar minimum of an individual solar cycle is related to the number of sunspots of the sun’s maximum of the following solar cycle. Using this model, researchers at the Pulkovo Astronomical Observatory in St. Petersburg, Russia, project that the current solar cycle 25 will reach a solar maximum next year with 154 sunspots and remain roughly the same until 2024, which puts it somewhere in the range. between the NASA/NOACC prediction and the NCAR prediction.

With so many different models and predictions, what’s really going on might make it easier for solar physicists to predict future solar activity.

As a bonus, the powerful Solar Cycle 25 can result in a particularly rough solar corona around solar maximum. This is good news for North American skywatchers, as there will be a total solar eclipse on April 8, 2024, and the period of totality can be safely observed with the naked eye.

The Bank of France expects a growth of 2.6% in 2022 | Total Energy withdraws from the Russian gas industrial group Novatek