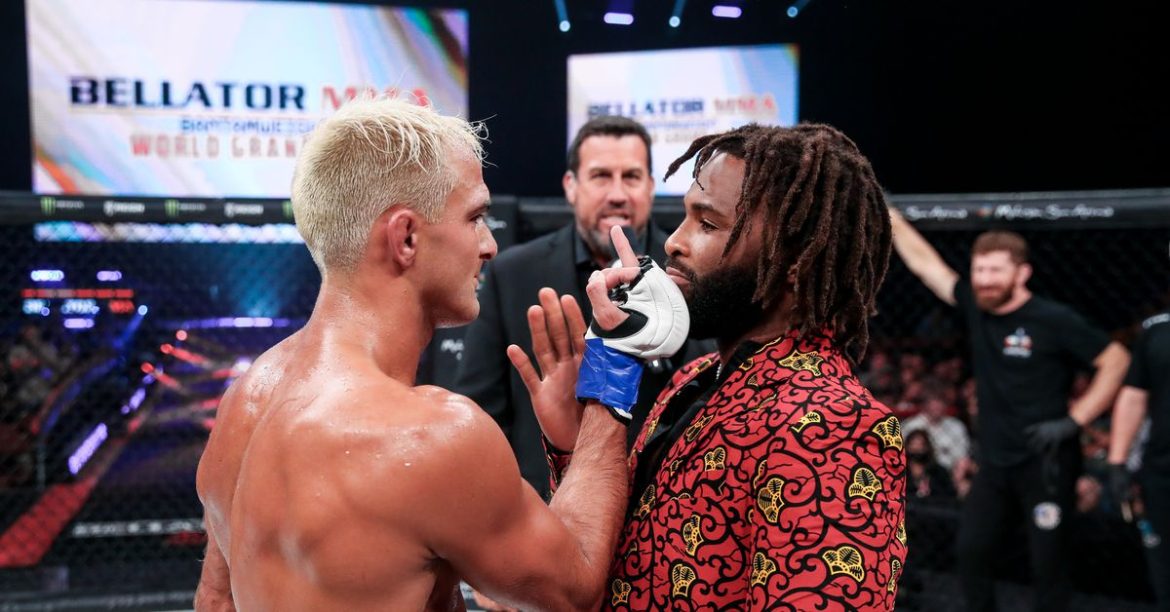 289- Ali Muhammad’s main event did not end with a previous split decision.

After months of frantic preparation, interim bantamweight champion Ruffion Stotts holds off fighting Danny Sabatiello to emerge victorious in Friday’s bout at Bellator 289 and advance to the final of the $1 Million Bellator Heavyweight Grand Prix. Judges Brian Miner and Eric Colon scored the contest 48-47 in favor of Stotts, but more than a few eyebrows were raised when the only offensive scorecard was removed – 50-45 in favor of Sabatiello awarded by controversial veteran judge Doug Crosby.

Crosby’s clean scorecard sweep of the losing fighter immediately sparked a barrage of criticism and confusion among the MMA community, with several fighters including the UFC bantamweight champion. Aljamin Sterling and Derek Bronson add their voices to the conversation.

Find out how the MMA world reacted to Bellator 289’s bizarre recording below.

Just hit the spots!! Even from behind! This guy is not hurting you with all the weather that’s going on around him. Sabatitty is really cheeky. He’s good at wrestling but it’s a brother fight. How did you not develop during your ATT training?! #Thoughts 289

Did Doug Crosby go 50-45 against Sabatillo?! I laughed

Judge Doug Crosby is still pretty eccentric. He should have scum on any high-ranking official punishing these judges. There should be no way https://t.co/cjo98NcCD5

Why is Doug Crosby still judging the cast???

Food 2023: At the table with Christine Deblah!