The fashion show in Tokyo highlights Dior’s passion for Japan 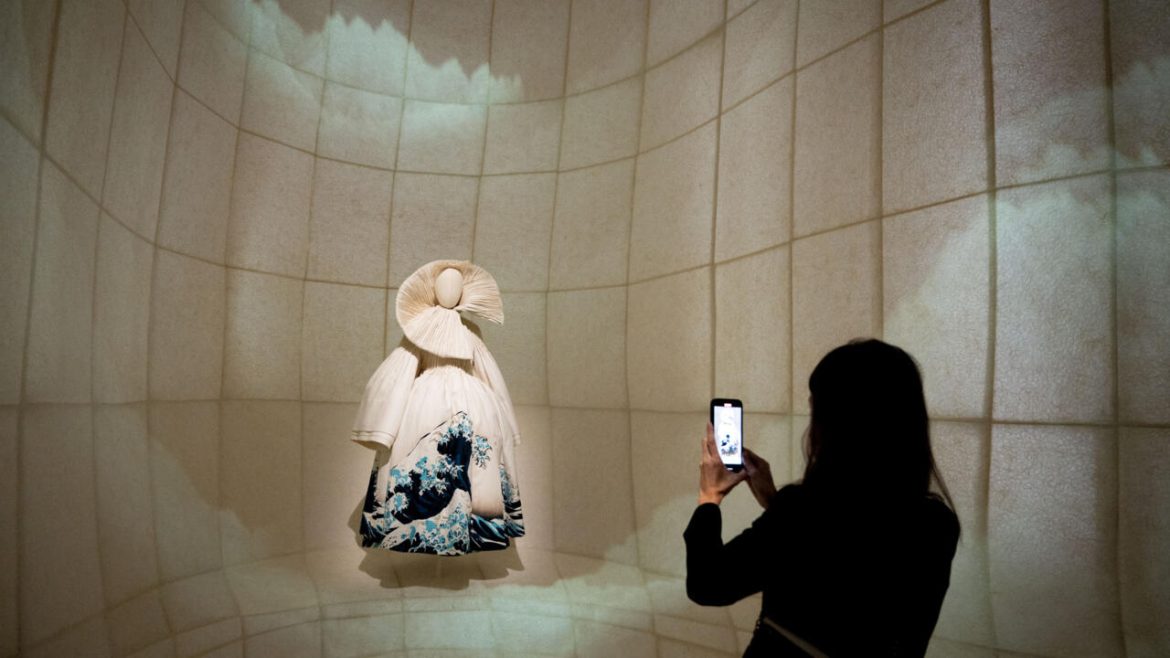 Tokyo (AFP) – A successful exhibition showcasing Christian Dior’s work opened in Tokyo this week, highlighting the French designer’s fascination with Japan and the country’s influence on his pieces.

Christian Dior: The Dream Maker has arrived in Japan after drawing crowds in Paris, London and New York.

The exhibition opened on Wednesday and features 350 haute couture dresses, including Japanese-inspired gowns, on display in venues meant to honor Japanese culture.

“When Dior makes a skirt, there is structure and then the fabric is put on,” he explains to AFP.

“I was asked to create a traditional Japanese structure, so I thought of shoji screens, for example, which have a wooden structure and are covered with paper.”

“There is a partition inspired by an organized tatami room separated by sliding doors. But not everything in Japan is plain and simple.

“We have different designs like Japanese gardens and bright kimono. I wanted to show aspects of Japan that people don’t know about.”

The Dior house was first introduced in Japan in 1953 and the designer was fascinated by this country.

I think there is a mutual enthusiasm between France and Japan. »

Since the 1950s, Dior has also collaborated with Japanese companies, giving them the right to adapt and replicate Dior looks to suit local tastes.

In a nod to the brand’s popularity, former Empress Michiko of Japan chose a Dior dress made from Japanese textiles when she married Prince Akihito in 1959.

The Tokyo exhibition, which runs through May 28, includes archival pieces as well as works by more recent creative directors, and features many objects inspired by Japan.

Among them are a John Galliano coat with “The Great Wave Off Kanagawa” print appliquéd at the base of a full skirt, and tunic dresses with Japanese sashes by Raf Simons.

Also on display is Dior’s strict jacket called “Rashomon” – the name of a Japanese novel and film directed by the legendary Akira Kurosawa.

“This exhibition shows the mutual respect between Japan and France in their style of crafts, fashion, design and art,” said Shigematsu.