Six driver changes in France in 2023 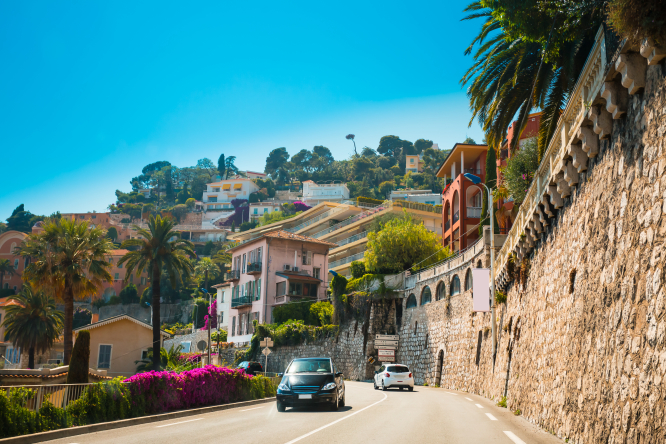 French people who want to buy an electric car will continue to benefit from government subsidies in 2023.

President Emmanuel Macron announced that the current 6,000 euros will be increased to 7,000 euros for half of France’s low-income families.

For the other half of French families, this amount will be reduced to 5,000 euros.

Read more: Announcing more aid for the purchase of electric cars in France

Electric vehicle conversions will also be eligible for interest-free loans from 2023, under a program that will be piloted over the next two years.

It is estimated that the renewal of the car will cost about 14,000 euros, and the loan will amount to 8,000 euros.

ZFE drivers must affix a Crit’Air sticker to their vehicle that reflects the pollution control status.

Local authorities have the right to define the perimeter of each of these areas, but European air quality regulations must follow a staggered timetable that determines how quickly vehicles can be banned from the area.

The end of the government fuel discount

On January 1st, a 10% discount per liter on all road fuel purchases at French service stations will end.

This date marks the end of the additional 10 per liter fuel rebate offered at TotalEnergies service stations.

That’s because the price of a barrel of Brent crude is now around $80, down from around $120 when gasoline prices peaked earlier this year. However, it is not certain that this price drop will continue.

The National Fuel Bonus will be replaced in January with a more targeted subsidy for low-income people who depend on their cars for work.

About 10 million workers will receive a check for 100 euros.

In France, assistance is accessible to people who belong to the first five tax brackets and, accordingly, to the bottom half of households in terms of income.

Read more: Fuel aid France: About 10 million workers will get an extra €100

Tolls on French motorways will increase by an average of 4.75% in February.

Toll rates are recalculated each year according to a formula that takes into account inflation and the viability of roadworks. It increased by 2% in 2022.

The transport ministry said the figure of 4.75% was “significantly lower” than France’s October inflation rate of 6.33%, calculated by the national statistics agency Insee.

A number of highway companies have stepped in to help motorists cope with rising costs. For example, the discount given to vehicles that return at least 10 times a month on the same route will increase from 30% to 40%.

Electric cars traded on Sanef/SAPN and APRR/AREA networks will also benefit from a 5% discount.

Read more: France will have more cars: what drivers can expect in 2023

Incentives for car use

Read more: Drivers are paid up to €100 to start car sharing in France

Read more: Drivers will receive a cash reward for sharing cars on motorways around Lille

The government announced today that all drivers who sign up for the car-sharing app and use the service for the first time in 2023 will be paid.

Drivers receive a ‘minimum’ of €25 upon registration, and the remainder after making 10 trips within three months of their first trip.

Funded by the state, car-sharing platforms will be charged. The government said the fee was intended to help “speed up the process” (a problematic intent).

This decision is one of several that will be announced as part of the multimillion-dollar national government.Daily car use (2023-2027) “(Daily car sharing). Car use is”cooperativeIn French, it sometimes appears on signs that designate special lanes or areas for these vehicles.

The government’s new plan also includes providing funds to local authorities and businesses to make car sharing easier. For every euro spent, the government will double it.

The French Consumer Association has teamed up with a comparison car and motorcycle insurance company to launch the country’s first group buy offer.

Car insurance premium rates have risen 3% this year, so “this measure aims to negotiate discounts for members – free months or a percentage reduction – while guaranteeing the best insurance according to their profile,” France and Selectra families noted in a press release. . .

Those who wish to participate in group buying can register their interest on the free site by entering their contact details, occupation and age. They will be asked if they need car or motorcycle insurance, basic questions about their vehicle and what they use it for.

Selectra will solicit bids from French insurers in January, but the pre-registration window will remain open for a “negotiation period”.

Selectra’s best offer will be sent to those who enter their details between March and April, including fees and ticket size. These potential customers will have the option to accept or decline the offer.

Do elderly drivers have to undergo medical examinations in France? your opinion