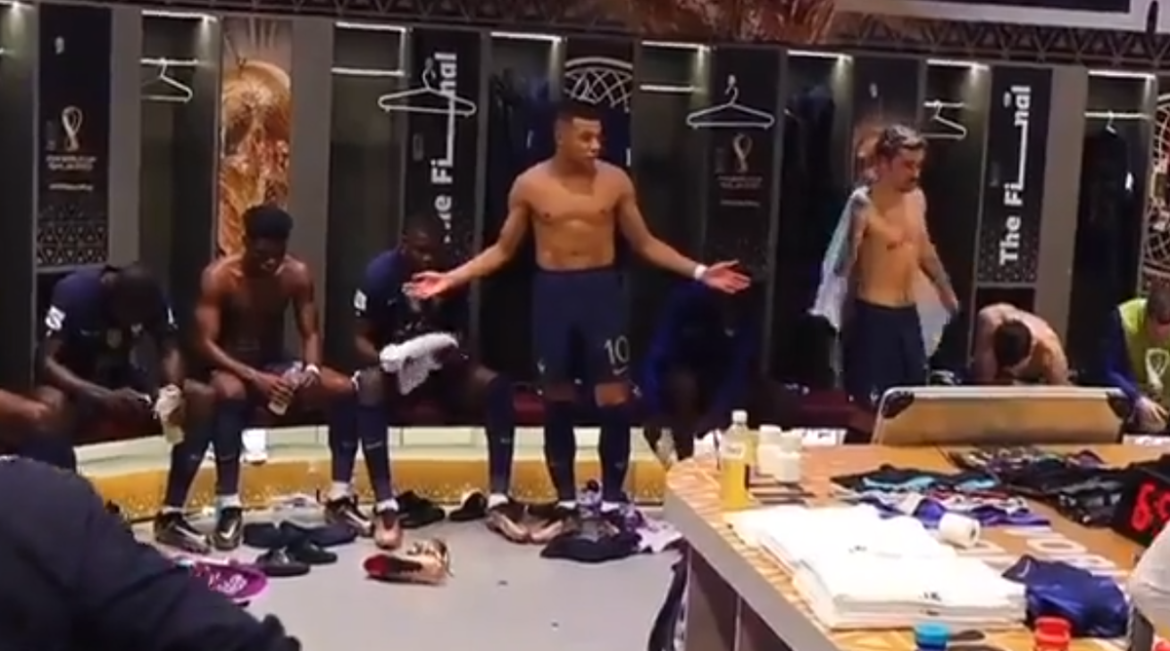 Footage from the dressing room revealed what Kylian Mbappe and Didier Deschamps said in the first half during France’s World Cup loss to Argentina.

France lost 2-0 in the first half after goals from Lionel Messi and Ángel Di Maria gave their opponents control of the match. But Mbappe led the French resistance in the second half, with two goals in two minutes, to put an exciting conclusion.

A video broadcast by TF1 shows the 23-year-old standing up to urgently address his teammates.

“It’s the World Cup final, guys, it’s the game of our lives! We can’t do worse with the way we play. Now we’re back on the pitch, we have to succeed. Either we let them play us like fools, or we stumble, we force,” says Mbappe. Our duels and we make things happen guys.”

And he adds, “It’s the final match of the World Cup. They scored two goals and we’re two goals behind. We can come back! Damn you guys, this only happens every four years.”

Deschamps also spoke candidly with his players. “You are not with them!” You don’t get a second ball. The difference is that they play as if it’s a World Cup final, and you don’t. »

The match eventually went Argentina’s way, but not before Mbappe scored a hat-trick and scored the opening goal from the penalty spot.

Canada’s World Junior Championship before the tournament against Slovakia