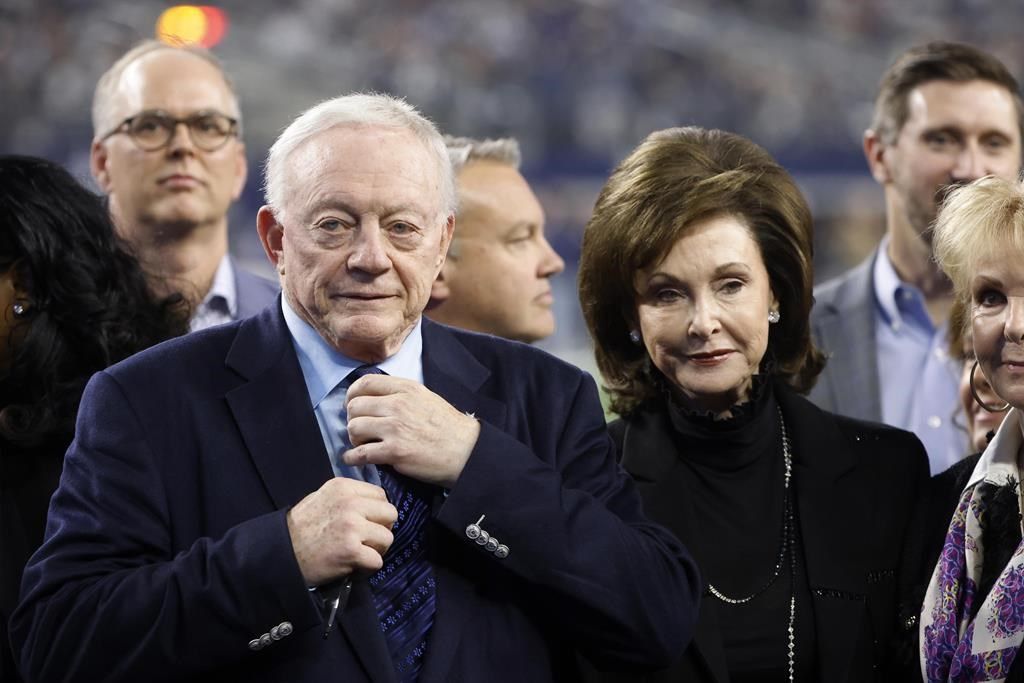 DALLAS (AP) — A judge has ordered Dallas Cowboys owner Jerry Jones to take a paternity test in a legal dispute with a 26-year-old woman who claims the billionaire is her biological father.

A Texas judge on Thursday ordered genetic testing in a paternity case brought by Alexandra Davis, who previously claimed in a separate lawsuit that she became pregnant from an affair Jones had with her mother in the mid-1990s.

Attorneys for Jones did not immediately respond to requests for comment on Friday, but said in court papers that they plan to appeal the decision. Andrew Bergman, one of Davis’ attorneys, confirmed the decision, but did not immediately provide any comment. In March, Davis filed a lawsuit against Jones in Dallas County, asking a judge to void a legal agreement she said her mother, Cynthia Davis, made with Jones two years after she was born. The 1998 settlement reportedly said Jones would support them financially as long as they did not say publicly that he was Alexandra’s father, which the married Cowboys owner denied.

Davis’ case was dropped in April, saying she would instead seek proof that Jones was her father. The paternity case was filed that month.

Jones, 80, and his wife, Jane, married in 1963, have three children and all hold leadership positions with the Cowboys. Jerry Jones is the team president and general manager.

Davis’ original lawsuit alleged that Jones “stalked” Cynthia Davis, who was also married at the time, after they met while working for American Airlines in Little Rock, Arkansas.