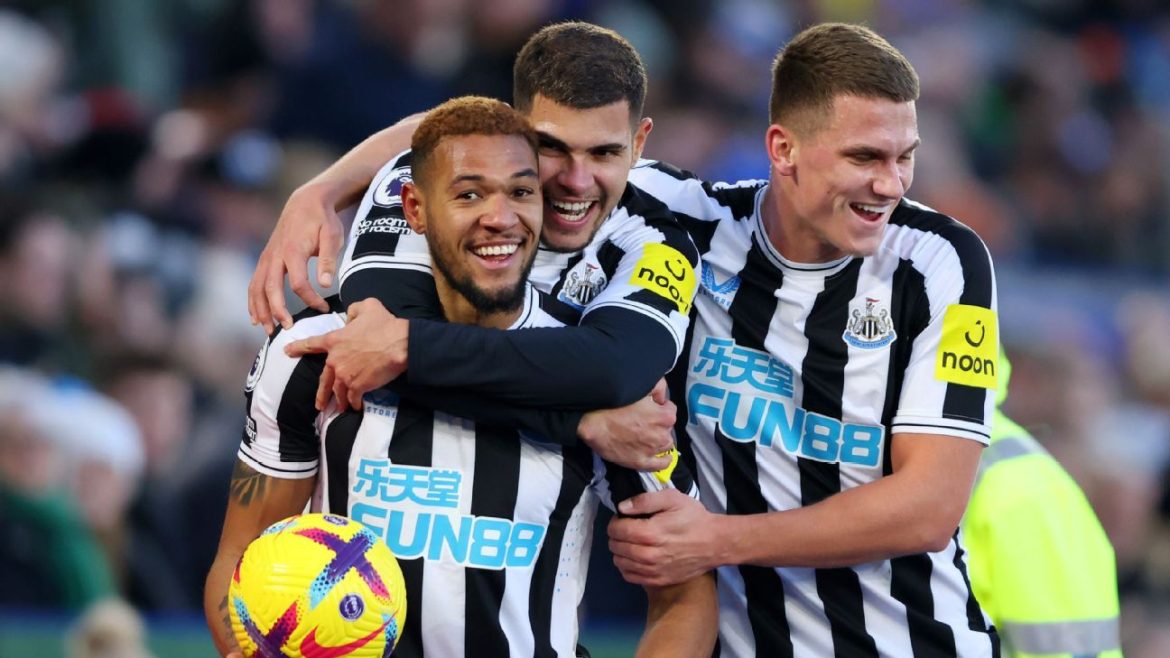 Newcastle United’s Joelinton won a penalty and scored with a first-half header in a 3-0 win over Leicester City that lifted his side to second place in the Premier League table on Monday.

Leicester defender Daniel Amartey got the game off to a terrible start for the home side, with Newcastle conceding a penalty when Jolinton entered after 86 seconds, and striker Chris Boa slotting home the penalty in the middle of the net.

It was a welcome target for the 31-year-old New Zealand international, who played for Leicester from 2013-15 and was only in the squad due to Callum Wilson being ruled out with illness.

Newcastle’s impressive start continued when Miguel Almiron added an excellent second in the seventh minute, cutting in from the right before Bruno Guimaraes made it 1-2 and slotted the ball into the far corner.

Despite the return of league football after the World Cup break, there was little Christmas cheer for fans as Jolinton made it 3-0 in the 32nd minute when Boubakary Soumare stunned, scoring from a corner kick and the Brazilian heading home.

In one of the great attacking moments of the first half for the hosts, Leicester’s Zambian striker Patson Dhaka canceled a penalty after a scuffle with goalkeeper Nick Babe, but more often than not the striker’s decision made him drop it.

Introducing Jamie Vardy at the break, Leicester’s attack gave up a sorely missed focal point in the first half, but Newcastle’s well-organized defense was limited to long-range shots that could have been dealt with easily.

“Coming here, knowing how difficult it is, the start was really important for us. For the first half hour we were excellent. It’s a trademark lens for Megi [Almiron] Newcastle manager Eddie Howe told the BBC.

Leicester boss Brendan Rodgers was far from impressed with his team.

“The start of the game was obviously disappointing, we were so slow, our attitude was really bad, before we knew it we were leading 2-0,” he told Amazon Prime. “We lost a lot of things today, they were better than us from the start of the game.”