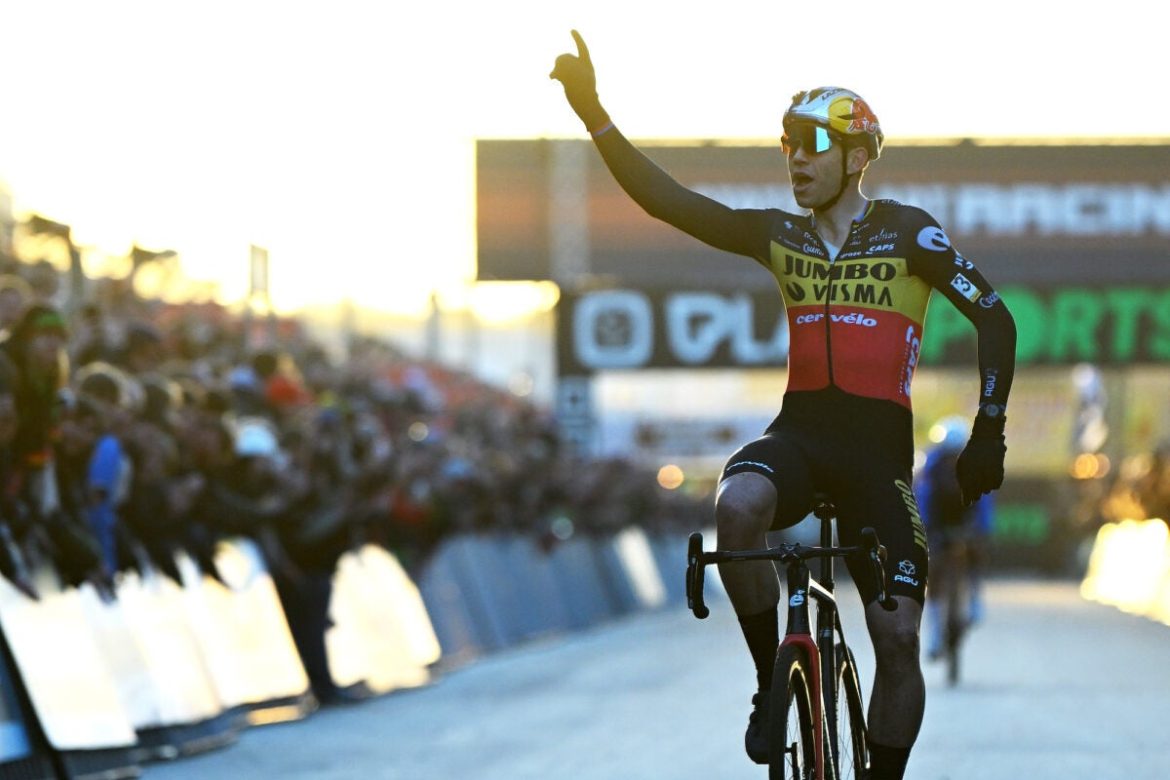 In the latest battle of the “big three” of cyclocross, it was Wout van Aert and Matthieu van der Pol who imposed their will in a highly publicized holiday racing season.

Van Aert won on Tuesday after a close battle of wills and skills in front of a packed crowd during the Superprestige Tour in Heusden-Zolder.

“It was nerve-wracking the whole race,” said Van Aert. “Matteo opened the race and I thought we felt we weren’t going to get rid of each other today. In the second half of the race I was just interested in the tactics I was going to use.”

The duo re-ignited their longstanding rivalry in a thrilling showdown between the two superstars who sprinted to the ground.

On the women’s side, Celine del Carmen Alvarado won round five of the Super Prestige Series on the technical and muddy Terlimen circuit in Heusden-Zolder.

Van der Poel attacked early to blow up the race, and only Van Aert could follow.

Taking a page from their previous fights, the pair worked together to keep the pursuers at bay, and when it looked like one might have the advantage, the other would counter.

The pair joined behind the wheel on the final lap while still managing to go either way.

Van der Poel seemed perfectly positioned emerging from a series of technical segments. After running the entire race, Van der Poel won the battle for the lead going into the final half lap.

He managed to build up a small gap with a technical mixture of descents and stairs, but a mechanical problem caused him to lose momentum – perhaps a small chain slip – allowing Van Aert through.

Van Aert led the sprint to two, then Van der Poel slid off the pedal on the final charge to the line.

“At first I wanted to do a long distance, but it ended up being a short distance. Unfortunately, I let the pedal go in the sprint,” said Van der Poel. “It’s a disappointment, because I didn’t get a chance to race. It’s a shame until tomorrow.”

Winner Van Aert pulled off the line, but it was an intense battle from start to finish that served as another amazing preview of what the world championships could look like in February.

“I was actually in a position where I wanted to be. When I got to the last hill, Matthew was hit or miss. That’s how I ended up in the lead,” Van Aert said. “There, I tried to catch my breath. And I started running distances.

“For once, I managed to keep my cool and not make any mistakes. I am very happy with this victory.”

With the leading duo up front it was a great podium race in the back.

Pidcock late tried to open a gap to secure the third, but the others wouldn’t let him go.

“Today, I wasn’t even in the race. I was in a different race. It’s not the best day, but it’s a tough road. I was really feeling halfway through the race. All the fast-tracks out of the corners are very difficult,” said Pidcock.

Alvarado wins to move closer to the series champion

Alvarado d’Alpecin-Deceuninck returned to the winner’s circle in an intense race. She attacked on the penultimate lap, widening the gap on the line.

Series leader Denise Betsema (Pauwels Sauzen-Bingoal) started quickly but couldn’t keep it open for Alvarado to close the gap on the lead.

Both skipped the final on Monday to be out of the race on Tuesday with the leader’s jersey hanging up.

Alvarado led late on the bumpy and technical course, cutting the descents to open up the gaps. On lap 3, Alvarado and Betsema pulled away from a heavy start, as Inge van der Heyden spun.

“I really wanted to work with Inge. She was also very strong, but she had to let go at some point,” Alvarado said. Then I had no choice but to continue the line on my own.

Alvarado admitted that she was going slowly until she found her rhythm late in the race.

“The first two sessions were very difficult for me and I was at the limit of what I could handle,” she said. “When the gaps finally widened and I was able to set the pace myself, things got better. Until I finally got the strongest.”

Betsema finished fifth after losing steam late on, but maintained his group lead by one point over Alvarado.