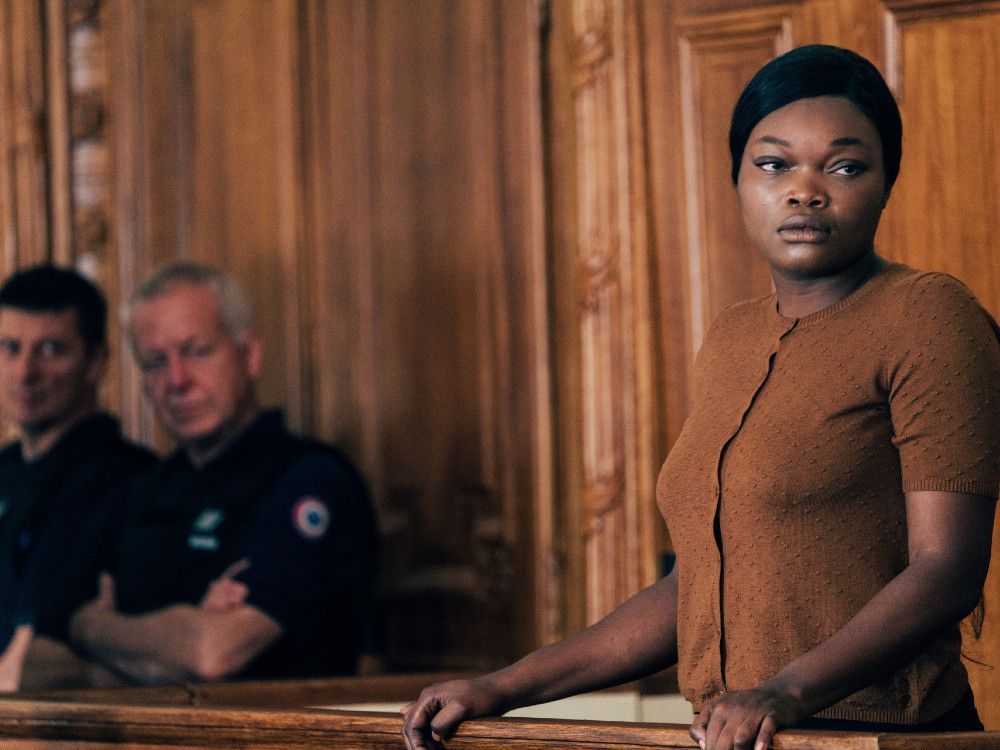 Reviews and recommendations are unbiased and products are selected independently. Postmedia may earn an affiliate commission on purchases made through links on this page.

Questions of race, privilege, and difference seep into Saint Omar, which is the first appearance of the French documentary Alice Diop. The film tells the story of Lawrence Cooley (Guslagie Malanda), a Senegalese woman living in France, is on trial for the murder of her 15-month-old daughter.

Courtroom drama takes up most of the film, shot with few frills, and the impact of the words said by the defendant, his mother, the child’s father, the lawyers, and the judge could have been maximized.

But there is a second layer here in the character of Rama (Kaiji Kagami), a novelist and lecturer who attends the trial in the northern French town of Saint-Omer, hoping to write a book based on the events. Rama finds herself four months pregnant and shares some similarities with the defendant, who is unexpectedly affected by the trial.

And as with all movies, there is a layer to which you are the spectator. Are you surprised when you see Lawrence’s lover for the first time to find that he’s much older than her, and white? What do you think of a professor at Lawrence University who found it strange that his student, an African, wanted to study the Austrian philosopher Wittgenstein and not “someone closer to his culture”? Have you ever thought about the tension between France, with its history steeped in rationalism and colonialism, and Senegal, where stories of magic and magic permeate the culture? Diop clearly hopes to spark thoughts about uncomfortable assumptions and beliefs.

Oh, and there’s an extra level to Saint Omar. Although the movie doesn’t start out with the phrase “Based on a true story,” it is. In 2016, Fabienne Capeau, 39, was prosecuted in Saint-Omer for the drowning murder of her infant daughter. Diop was in the courtroom as an observer.

You can check out the results of the experiment, though I recommend waiting until you see this great movie, which ends with the final defense notes. It is also a layer worth exploring.

Saint Omer opens Jan. 20 in Toronto and Winnipeg; January 25 in Edmonton; January 27 in Ottawa; February 3 in Vancouver. and February 5 in Saskatoon.