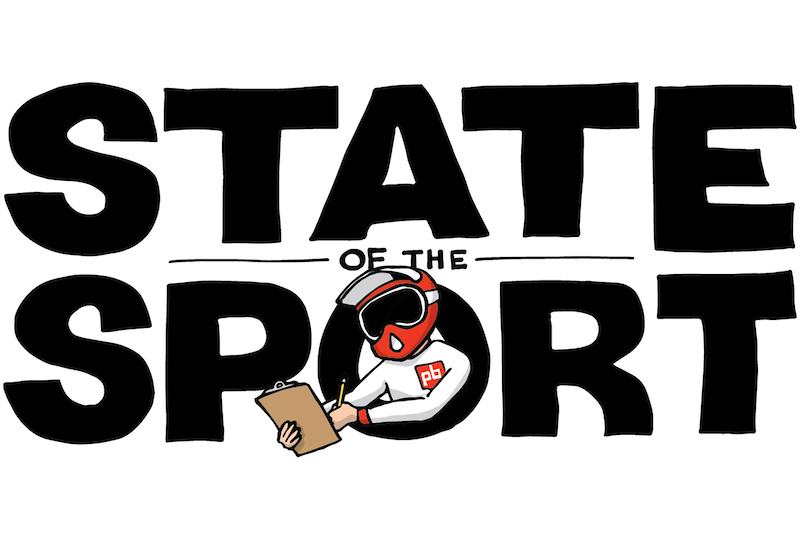 In the first half of 2021, we conducted our first sports investigation case. The survey was conducted with the intention of shedding light on several issues in mountain biking and allowing cyclists to advocate for themselves, albeit in the unknown, what they should change – and perhaps which should remain the same.

For the first survey, some of the results were startling and painted a largely bleak picture in the context of wages and financial security. Half of the racers felt they wouldn’t get enough support if they were to sustain a serious injury, and about 25% of all pros made between $0 and $5,000 a year in all disciplines. We also learned that XC riders tend to take better care of themselves financially, and that downhill riders do much worse.

The timing of the survey was well placed during the global cycling boom, and this year we were curious to see how, if any, the effects of unprecedented growth affected career decades in subsequent seasons.

This is not to say that the second poll was conducted in exactly the same way. While we like to track results over the coming years, we also felt that changing the eligibility criteria for riders surveyed from a strong overall finish in the 2019 or 2020 season to a top-ranked rider in the 2022 season was unique. This is for two main reasons. First, when compiling the first poll, it was difficult to interpret the overall standings, as many riders chose not to top during the coronavirus-affected 2020 season. Secondly, when factored in, it was also shown that, given the overall standings and results across all disciplines, riders outside the selection group were less likely to participate in all full races in their chosen discipline. This reduced the total number of responses from just under two hundred to just over 150.

Finally, we did this survey because we really care. At Pinkbike we love racing and just want to do everything we can to support the World Cup and top athletes on their journey by giving them a platform.

Any candidate who met the criteria was invited to participate. Of course our invitation and response are two separate things, but we are very pleased with the completion rate and thank the contestants who took the time to do so.

If you’re wondering how many sessions you can buy at Vergier’s price, or if Aaron Gwin is a billionaire, you’ll be sadly disappointed – This survey was conducted anonymously.. This allowed the runners to be as open and honest in their responses as possible and gave us a broader view of the trends affecting the overall health of the sport.

Of the 152 runners who answered the survey, 58.6% were male and 41.4% were female. The majority of runners came from Europe (59.2%), 25% from North America, 11.8% from Oceania, 2.6% from South America and 1.3% from Asia. There was an even split between the EWS and XC riders with 32.2% of the overall responses coming each of these two disciplines. 27% were downhillers and the remaining responses came from a mix of downhill athletes, freestyle athletes, and media athletes.

Within this, there is a mix of beginner and elite riders from all walks of life. From the results, we can tell that there are more than a few World Cup winners taking part in this year’s poll, plus the riders are still waiting for their first W Series.

Why did we scan?

We put this first because we love competition and believe that having more information can only make the sport better for the riders and fans who enjoy it too. Without a broad, elevated view of the sport, it is unlikely that we will truly understand the problems that may exist. Surveys like this are not uncommon in other sports, and we hope this adds to the conversations to make sports more transparent, fair, and fun for everyone.

The survey consists of 7 sections, all of which contain a variety of different questions. The areas we focused on were:

There are clear limits to this investigation. First, by limiting it to people of distinction, there is a selection bias towards higher-ranking contestants. Although these racers usually have the most influence on the racing scene, they overlook the spaces of racers who sit just below them in the standings but can continue to race full time,

Second, it was not an orientational survey, so it may be biased towards respondents who are not satisfied with the status quo.

Third, we rely on the honesty of the survey takers. The survey was conducted anonymously and we have no way of knowing what degree of bias, if any, the riders answered the questions. However, we received their responses in good faith.

Over the next week, we’ll be releasing the results of the survey with a deep dive into the most interesting findings, followed by a data dump at the end of the week that will allow you to dig deeper into the numbers for yourself. -The same.

This will be an annual project that will allow us to track changes year after year. This snapshot of the sport itself has yielded some interesting insights, but revisiting these same topics regularly will allow us to follow how the sport has evolved over time.