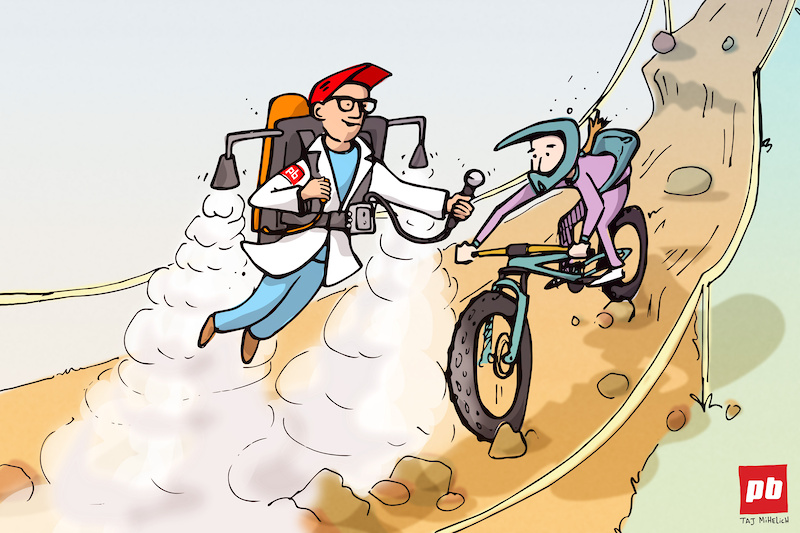 welcome to 2023 Pinkbike Sports Clearance Bag. This anonymous survey is designed to help highlight key issues affecting the professional field and elite competition. We interviewed the world’s best cyclists to hear their thoughts, ideas, concerns, and reviews about mountain biking in 2023, all in an anonymous format. Click here to read the introduction to the survey and to view all other posts currently groups Click articles here.

Pinkbike’s investigation revealed this 49% of EWS candidates believe that sanctions are neither fair nor consistent.

It’s alarming that 29% of contestants feel neutral about leaving this thread Only 22% of the candidates surveyed felt that the current organization handles policy violations consistently and fairly. The data paints a difficult picture, as contenders appear to lack confidence in regulators that any questions will be handled properly. In this case, the organization in question is the Enduro Sports Organization, ESO.

As part of the survey, riders who currently find the race as a whole unfair were asked to leave a comment explaining why. The riders’ response included allegations that British riders were receiving favoritism because “they can break the rules and have no consequences, while a Frenchman or any other national has broken the same rule”.

Other participants suggested that some riders get extra time on the track compared to the rest of the peloton. There are also comments that some elite riders are unauthorized theatrical shuttles, usually breaking the rules, and even assisted by a scooter. Also deeply disturbing, some felt that there weren’t tough enough penalties for riders caught in the act of doping.

The low confidence levels experienced by the majority of the riders surveyed have become particularly worrisome this year as not only will ESO continue to run the new Enduro World Cup, but it will also run XC and DH races. It should be noted that while passengers are not keen on handling rule violations to the fullest, there is a record General consensus of 65% of runners is that the race is fair overall. However, it is noticeable Less than XC or downhill, about 90% of riders feel the racing is fair and honest.

The full comments left by runners who don’t think the race is fair: